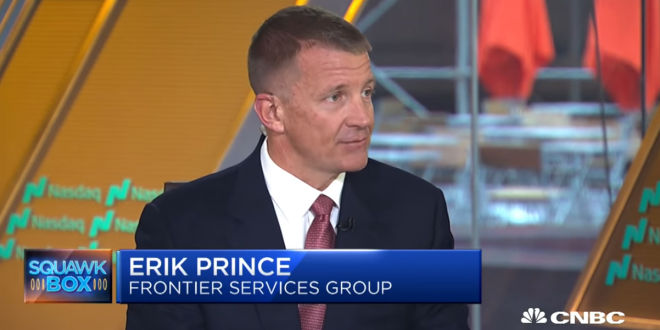 Blackwater founder Erik Prince said Monday that he would have preferred getting a “proctology exam” to being interviewed by special counsel Robert Mueller’s team of investigators about his meeting with a Russian investor linked to Vladimir Putin.

But the controversial security consultant told CNBC’s “Squawk Box” that his previously reported sit-down with Mueller’s team regarding that curious encounter in the Seychelles islands, which took place shortly before Donald Trump became president, was “much ado about nothing.”

“I answered their questions, and they haven’t talked to me since,” said Prince, a former Navy SEAL. Prince said: “Look, anytime you sit down for an interview like that it’s — I think you probably would rather go to a proctology exam.”