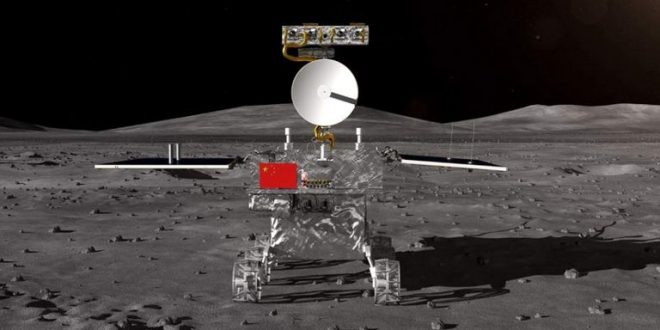 China Lands First-Ever Rover On Far Side Of Moon

Humanity just planted its flag on the far side of the moon. China’s robotic Chang’e 4 mission touched down on the floor of the 115-mile-wide (186 kilometers) Von Kármán Crater Wednesday night (Jan. 2), pulling off the first-ever soft landing on the mysterious lunar far side.

Chang’e 4 will perform a variety of science work over the coming months, potentially helping scientists better understand the structure, formation and evolution of Earth’s natural satellite. But the symbolic pull of the mission will resonate more with the masses: The list of unexplored locales in our solar system just got a little shorter.

The landing of the probe, called Chang’e-4 after the moon goddess in Chinese mythology, is one in a coming series of missions that underscore the country’s ambitions to join — and even lead — the space race.

China landed another rover on the moon in 2013, joining the United States and the Soviet Union as the only nations to have carried out a “soft landing” there, but the Chang’e-4 is the first to touch down on the side of the moon that perpetually faces away from the Earth.

The mission “has opened a new chapter in humanity’s exploration of the moon,” the China National Space Administration said in an announcement on its website. The agency said the spacecraft landed at 10:26 a.m. Beijing time at its target on the far side of the moon.

The Chang’e-4 probe has already sent back its first pictures from the surface, which were shared by state media.

With no direct communication link possible, all pictures and data have to be bounced off a separate satellite before being relayed to Earth.

Ye Quanzhi, an astronomer at Caltech, told the BBC this was the first time China had “attempted something that other space powers have not attempted before”.

What does the far side of the moon look like?
China’s Chang’e-4 probe gives you the answer.
It landed on the never-visible side of the moon Jan. 3 https://t.co/KVCEhLuHKT pic.twitter.com/BiKjh7Fv22