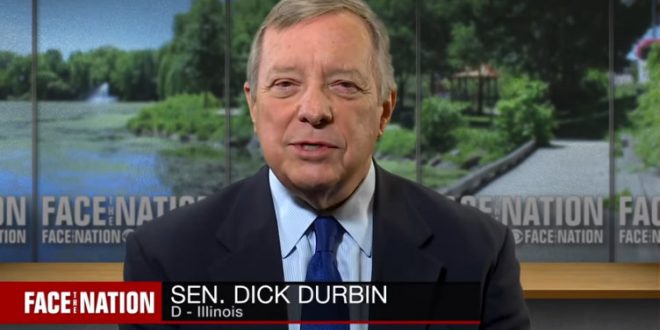 Senate Minority Whip Dick Durbin (D-Ill.) said on Thursday that he will seek a fifth term in the Senate.

Asked on CNN’s “New Day” whether he would run for reelection in 2020, Durbin replied that he would, adding that his response shouldn’t be taken “as a formal announcement.”

“What I’ve said is, I’m raising money and I’m trying to lose a few pounds, and that’s a good indicator that I’m looking forward to 2020,” Durbin told CNN’s John Berman.

Once Chuck Schumer took over for former Senate Minority Leader Harry Reid in 2016, many expected Durbin to retire. It’s expected that he will win easily in 2020.

If Trump’s worried about Ann Coulter and Rush Limbaugh making fun of him, he won’t make a deal. https://t.co/oB5uvnfM2q

Previous China Lands First-Ever Rover On Far Side Of Moon
Next 2016 Presidential Candidate Martin O’Malley Endorses Beto O’Rourke For 2020: We Need A Unifier And Healer