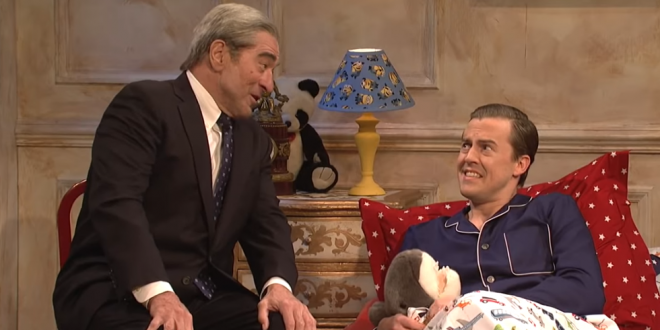 As Robert Mueller’s investigation of Russian influence in the 2016 election drew closer to President Donald Trump, “Saturday Night Live” stayed close to the headlines Saturday with a cold open that featured Robert De Niro as the special counsel. Eric Trump, played by Alex Moffat, was in a children’s bed and Donald Trump, Jr., played by Mikey Day, was at his side preparing to read a bedtime story when his younger brother alerted to a sound coming from his closet. “That’s just the cheap steel dad uses to build his towers,” Trump Jr. said. But it turned out De Niro’s Mueller was hiding in the closet.