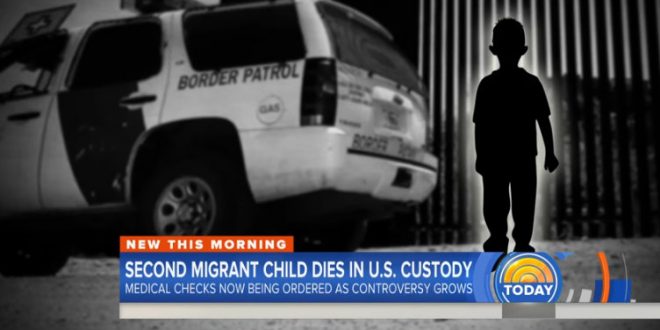 U.S. Customs and Border Protection has ordered medical checks on every child in its custody after an 8-year-old boy from Guatemala died, marking the second death of an immigrant child in the agency’s care this month.

The death came during an ongoing dispute over border security and with a partial government shutdown underway over President Donald Trump’s request for border wall funding .

The White House referred questions about the latest case to the U.S. Department of Homeland Security, CBP’s parent agency. CBP officers and the Border Patrol remain on the job despite the shutdown.