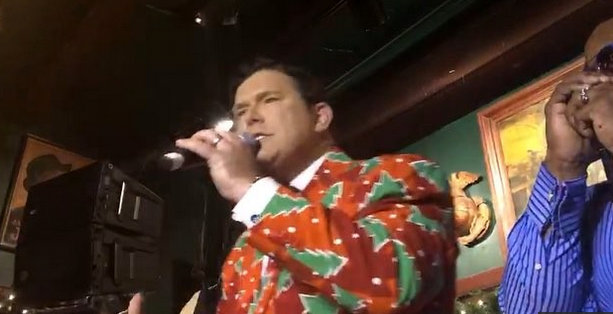 It was truly a rapper’s delight at Bret Baier‘s Special Report Christmas party on Thursday night in Washington, D.C.

Hip-hop group The Sugarhill Gang was on hand at The Dubliner to help the Fox News anchor celebrate the most wonderful time of the year, along with his 10-year anniversary as anchor of Special Report.

Baier, 48, even decided to get on stage when Michael “Wonder Mike” Wright and Guy “Master Gee” O’Brien broke into their 1979 hit single “Rapper’s Delight” — and the chief political anchor knew every word.

My boss is cooler than your boss. Ladies and gentlemen, @BretBaier and The Sugarhill Gang! pic.twitter.com/NhNziBNzDG

Previous IDAHO: Pedophile Catholic Priest Gets 25 Years In Case That Prosecutors Called Among “Worst Ever Seen”
Next LONDON: Arrests Made In Airport Drone Attack [VIDEO]