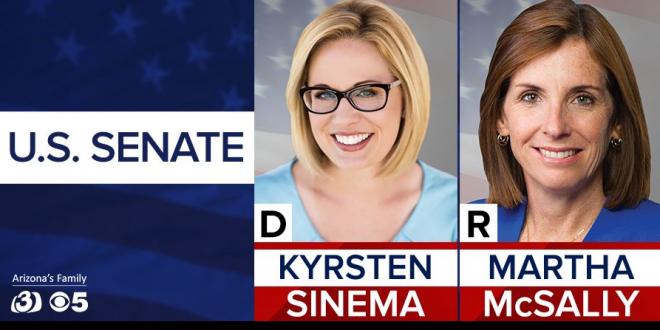 Republicans filed a lawsuit Thursday to challenge the way some Arizona counties count mail-in ballots as election officials began to slowly tally more than 600,000 outstanding votes in the narrow U.S. Senate race — a task that could take days.

Republican Rep. Martha McSally and Democratic Rep. Kyrstin Sinema were separated by a small fraction of the 1.7 million tabulated votes.

About 75 percent of Arizona voters cast ballots by mail, but those ballots have to go through the laborious signature confirmation process, and only then can be opened and tabulated. If county recorders have issues verifying signatures they are allowed to ask voters to verify their identity.

The lawsuit alleges that signature verification must stop when polls close, and seeks an injunction to stop the counting of such ballots that have been verified after then. It’s unclear how many of these votes still remain outstanding, but the suit singles out the state’s two biggest urban counties, the center of support for Sinema. It says the two counties allow voters to help clear up signature problems up to five days after the election.

Democrats believe the uncounted urban ballots dropped off shortly before Election Day favors Sinema. The lawsuit is scheduled to be heard Friday, after the next release late Thursday of tallied ballots. It’s one window into the complexities of mail ballots and the so-called “late earlies” that arrive just before Election Day and regularly gum up the state’s vote counting system.