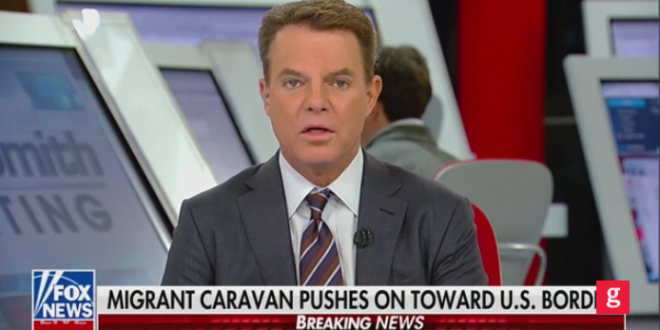 Shep Smith Shuts Down Viewer On Migrant Caravan: Trump Doesn’t Have Intel, He Has Your Fear [VIDEO]

“What would it take for you to walk with your family for more than 1,100 miles in 105 degree feels like temperature with an entire government telling you we don’t want you, to seek asylum from whatever it is you’re trying to escape? Imagine. They’re doing it and continuing to walk because everything is so horrible at home. They’re not coming to get anyone. They’re seeking relief from their hell at home. And that’s the truth.

“Heddi tweets just now, ‘Sorry, Shep, we are not falling for your fake story. This is an invasion. This is not a caravan of poor migrants seeking a better life. Yes. There may be some of that there, but you’re full of it if you believe what you’re saying. POTUS has intel, you don’t.’ No he doesn’t. POTUS has politics — he told us just the other day so I can report to you with certainty, they’re running on ‘Kavanaugh and caravan.’ Your fear of an invasion of migrants.” – Shep Smith, today on Fox.

Shep Smith responds to a Fox viewer who said Trump has special intel about the caravan: “No he doesn’t. POTUS has politics.” pic.twitter.com/Nxdfn7HbI2

Previous FBI Says No Photos Exist Of Mueller And Comey “Hugging And Kissing” (Trump Said He Has A Hundred)
Next Trump Admits There’s No Proof Middle Easterners Are In Migrant Caravan, But Says There COULD Be [VIDEO]