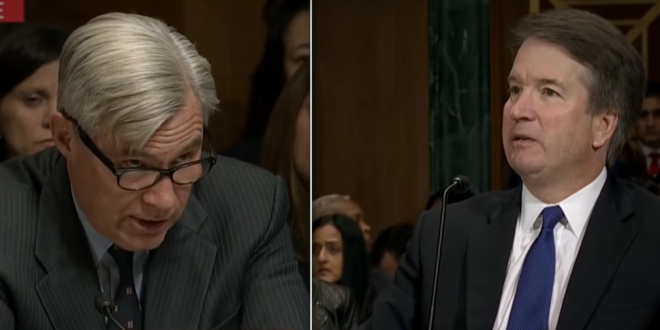 We’ll likely see a lot of these.

From the right wing Hot Air:

Could Sheldon Whitehouse suddenly find himself vulnerable to a Republican challenger in deep-blue Rhode Island? Almost certainly not, but it’s certainly fun to play out this string anyway. Bob Flanders launched a new ad highlighting the most excruciatingly embarrassing five minutes in recent Senate history — Whitehouse’s cross-examination of Brett Kavanaugh over high-school yearbook entries such as “boofed,” and “Devil’s Triangle.” Whitehouse demanded that Kavanaugh cop to them as sexual references … as though a teenage boy talking about sex was evidence of anything but being a teenage boy.