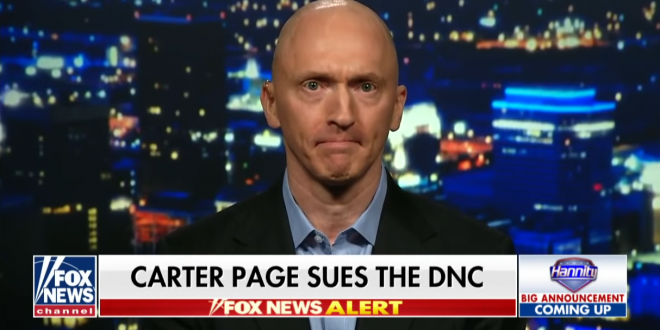 Page claims in a lawsuit filed in Oklahoma federal court on Monday that from June 2016 through at least September 2016, the DNC, its law firm Perkins Coie and two of the firm’s partners, Marc Elias and Michael Sussmann, intentionally spread the contents of the dossier to media organizations and to entities in the US government.

Page says he wants to hold them accountable for “funding and distributing to the media an extensive series about him they knew to be false.”