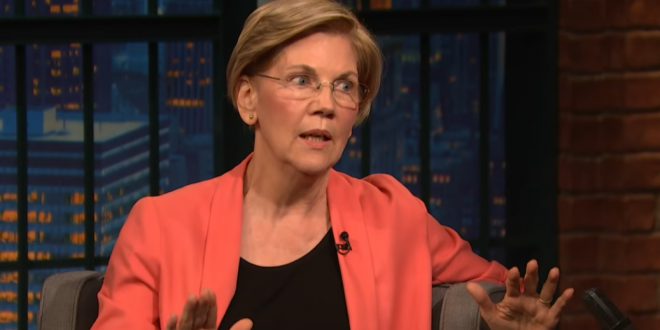 Warren To Take “Hard Look” At WH Bid After Midterms

US Senator Elizabeth Warren made her most definitive indication to date that she is mulling a run for the White House in 2020, telling a town hall crowd Saturday that she would “take a hard look” at a presidential run after the midterm elections.

“After November 6 I will take a hard look at running for president,” Warren said in response to an audience member who asked her if she was considering a bid.

The Cambridge Democrat said that the midterm congressional races matter, and urged Democrats to fight hard. “But let’s face it: Donald Trump is taking this country in the wrong direction,” she added.

“After November 6, I will take a hard look at running for president,” @SenWarren says at a town hall in Holyoke, to an extended standing ovation.