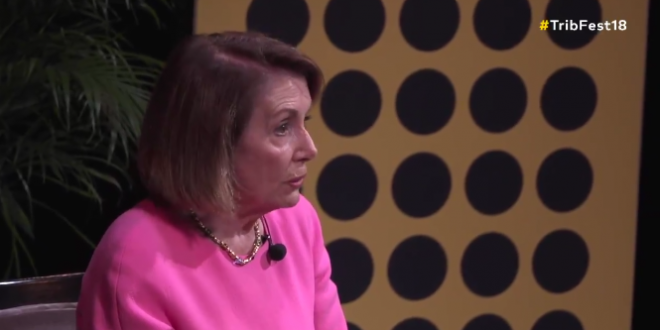 Democratic minority leader Nancy Pelosi affirmed that the House Democratic caucus is ready to move forward with impeaching controversial Supreme Court nominee and alleged sexual assaulter and rapist Brett Kavanaugh should the Democrats retake the majority after the 2018 midterm elections.

Pelosi’s support for such a move is conditional on one thing, however, the truth or falsity of Kavanaugh’s under oath statements before the Senate Judiciary Committee and his responses to investigators with the Federal Bureau of Investigation.

House Minority Leader Nancy Pelosi called Supreme Court nominee Brett Kavanaugh “hysterical” and said that he was temperamentally unfit to serve on the Supreme Court. Pelosi made the comments in an interview Saturday at the Texas Tribune Festival in Austin, Texas.

“I couldn’t help but think that if a woman had ever performed that way, they would say ‘hysterical,'” Pelosi said about her reaction to Kavanaugh’s testimony before the Senate Judiciary Committee on Thursday. Kavanaugh emotionally denied allegations that he had sexually assaulted Dr. Christine Blasey Ford when they were both teenagers.

.@nancypelosi says if he’s not telling the truth, he’s not fit to be on the Supreme Court or the court he’s on right now. #TribFest18