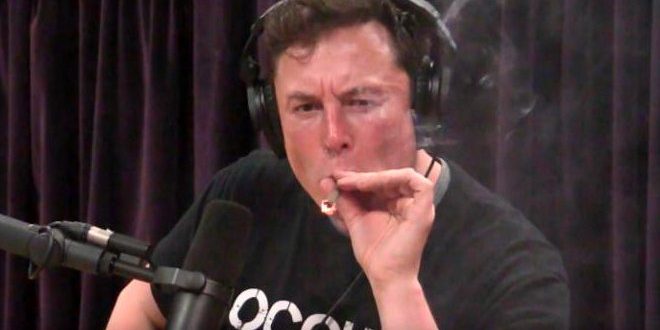 Elon Musk, the billionaire chief executive of Tesla, risked provoking fresh concern from investors on Friday after smoking marijuana on a live web show with US comedian Joe Rogan.

Musk, 47, who has repeatedly accused a British diver of being a paedophile, spent two-and-half hours on the streamed podcast late on Thursday discussing everything from artificial intelligence and its impact on humankind to flame throwers and social media.

Musk has come under heavy pressure in recent weeks over his botched attempt to take Tesla private and his erratic behavior.

But in the interview with Rogan, which was streamed on YouTube, he appeared at ease. The South African-born entrepreneur wielded a flamethrower, unsheathed a Samurai sword and held forth on a wide range of subjects.

He has denied he was smoking weed when he sent his now infamous tweet on August 7 claiming he had secured funding to take Tesla private.