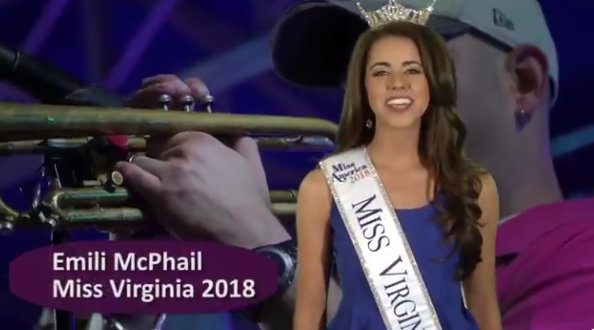 A Miss America contestant won her preliminary round in the competition after she was asked what advice she would give NFL players on whether to kneel or stand for the national anthem.

Miss Virginia, Emili McPhail, said that kneeling during the national anthem is “a right you have” but also emphasized in her answer that national anthem protests were about bringing awareness to “police brutality.”

“Kneeling during the national anthem is absolutely a right that you have to stand up for what you believe in, and to make the right decision that’s right for you,” McPhail said.

“It’s very important that we also have to take into consideration that it is not about kneeling: It is absolutely about police brutality.”

Miss Virginia Emili McPhail said NFL players kneeling “is a right you have. But it’s also not about kneeling; it is absolutely about police brutality.” https://t.co/MG3VoWAfBz