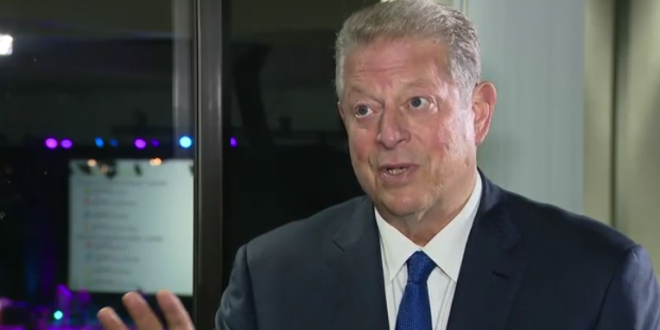 Al Gore To Trump: My Only Message Is Resign [VIDEO]

“My only message would be resign,” Gore, now an environmental activist, told Fox 11 during an interview about climate change. Gore’s remarks came in response to a question about what he would say to the president.

“I think everyone knows to discount what this current Administration is doing and saying. They’ve made the EPA the CPA — the Coal Production Agency — instead of protecting the environment,” he said.

Gore is the chairman and founder of The Climate Reality Project. The group is hosting its largest-ever training for more than 2,000 climate activists at the Los Angeles Convention Center.