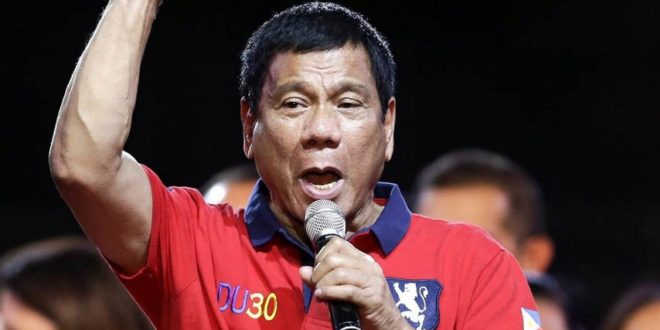 Philippine Catholic bishops on Monday called for fasting and prayers after President Rodrigo Duterte called God “stupid” and questioned God’s existence in profane remarks that set him on a collision course with Asia’s largest Catholic Church.

Archbishop Romulo Valles and the association of bishops that he heads called for a day of prayers on July 16 to invoke “God’s mercy and justice on those who have blasphemed God’s holy name, those who slander and bear false witness and those who commit murder or justify murder as a means for fighting criminality”. Starting on July 17, the bishops asked Filipino Catholics to join them in three more days of prayers with fasting and almsgiving without giving other details.

Duterte lamented in that speech that Adam and Eve’s sin in Christian theology resulted in all the faithful falling from divine grace. “Who is this stupid God? This son of a bitch is then really stupid,” he said. On Friday, he said he would resign if even one witness can prove God exists.