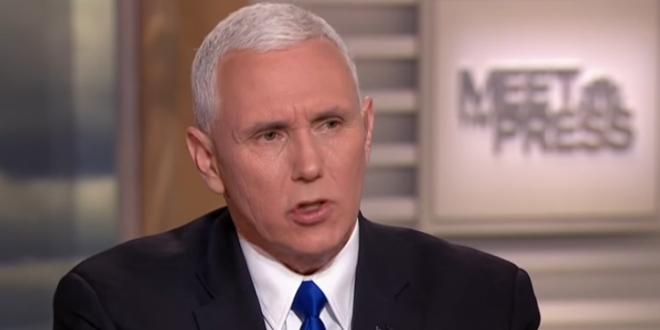 According to the Brookings Institution, the Columbus, Indiana area is the most export-reliant region in the country, with just over half of its economic output linked to foreign purchases.

“I’m very worried,” said Tom Linebarger, the chief executive of Cummins, who met with President Trump over dinner at the White House in January in a bid to dissuade him from introducing steel and aluminum tariffs or tearing up free trade agreements.

Linebarger, 55, warns of job losses ahead because thousands of jobs at Cummins and elsewhere in the area depend on trade. “We will do everything we can to mitigate the impact to jobs,” he said. “It’s very clear, though, that we’re not going to be able to mitigate everything.”

Cummins is the largest employer in Columbus and one of Pence’s brothers worked there for 40 years. The full Brookings report is here.