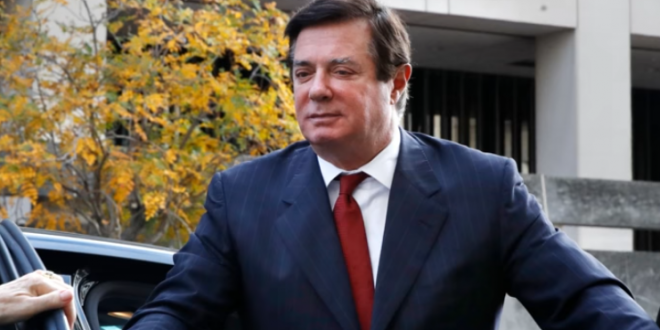 Manafort Doesn’t Want To Be Seen In His Jail Jumpsuit

Paul Manafort does not want to visit court until his Virginia criminal trial and he waived his right to appear in court for any upcoming hearings in the Eastern District of Virginia, his attorneys wrote in a filing Friday.

His reason for not appearing has been the “the great time and distance involved in having the US Marshals Service transport him to court from the Northern Neck Regional Jail. Appearing in court requires him to spend at least two hours in transit in each direction,” his attorneys wrote Friday.

Manafort would likely wear a jail-issued jumpsuit in hearings before the judge, as is standard in federal court. Only when he appears before a jury at trial would he have the opportunity to revert to the business suits he previously wore to court.

Previous Franklin Graham Launches “Pray For 45” T-Shirts
Next Jordan Again Says Accusers Are Lying, Says Timing Is Suspect Because Of His Bid For House Speaker [VIDEO]