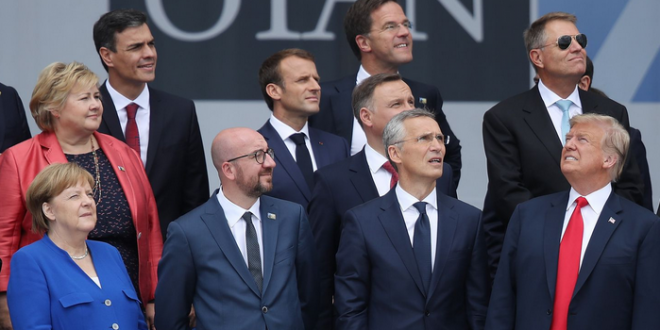 At today’s NATO summit in Brussels, the west’s gathered leaders turned their head in unison to watch a military flyover. But for a brief moment, US president Donald Trump’s attention drifted elsewhere. The resulting photo is an almost too perfect symbol for the tenor of the meeting. Ahead of his arrival, Trump had attacked the other members of the 29-nation North Atlantic Treaty Organization for contributing too little to the group’s common defense. At the meeting, he described Germany as a “captive of Russia.”

This photo is the perfect metaphor. Donald Trump clearly sees the world the wrong way when compared to other NATO leaders. Is it because he’s a moron, because Putin tells him to or a mixture of both? pic.twitter.com/RRGCN0Hw70