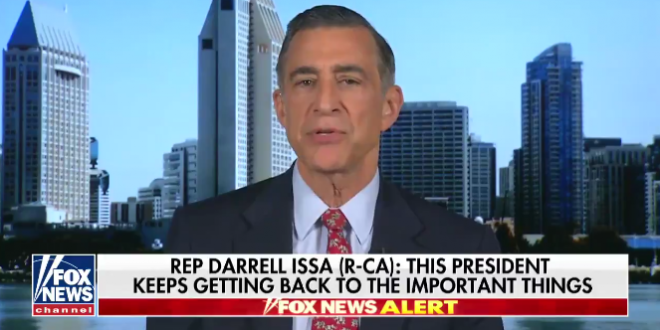 A California Republican lawmaker said Saturday that no one in Washington will not be “surprised” if it turns out there is evidence proving President Trump knew in advance about his son’s meeting with a Russian lawyer for dirt on Hillary Clinton.

Rep. Darrell Issa (R-Calif.) was pressed by Fox News’ Neil Cavuto on Saturday whether Trump could face legal consequences over proof that he knew about the meeting, which was billed to Trump Jr. as “part of Russia and its support for Mr. Trump.”

“If he’s proven to have not told the whole truth about the fact that campaigns look for dirt, and if someone offers it, you listen to them, nobody’s going to be surprised,” Issa told Cavuto.

Issa goes on to call Michael Cohen a “turncoat lawyer, a lawyer who deserves to be disbarred for a number of his actions including recording his client clandestinely.” Issa will retire from the House in January.