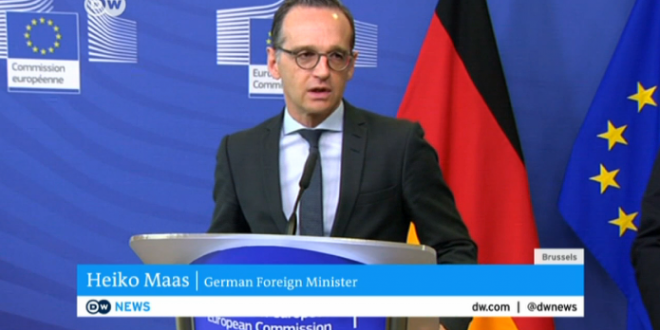 Germany On Trump-Iran Rhetoric: This Is Not Helpful

Germany is calling for restraint amid escalating rhetoric between the leaders of Iran and the United States. Foreign Ministry spokesman Christofer Burger told reporters in Berlin on Monday: “We support dialogue and talks, and we call on all sides to exercise restraint and rhetorical disarmament.”

Burger said that “threats of military force are never helpful, and I think that particularly in the tense situation in the Middle East this is not a helpful means of discourse.”