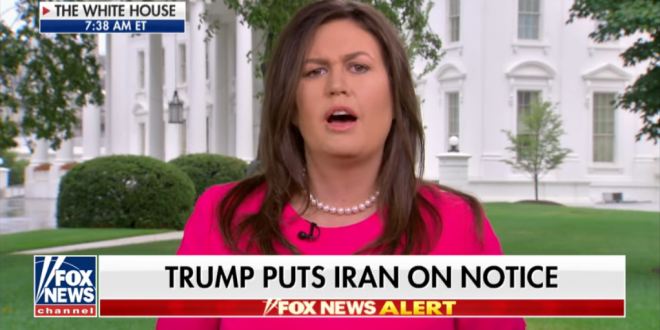 Sanders: Trump Is Not Inciting Iran To War [VIDEO]

Sanders said on Monday that Trump has been “very clear about what he’s not going to allow to take place.” Sanders says Trump is not trying to change the conversation from his much-criticized Helsinki summit with Russian President Vladimir Putin last week.