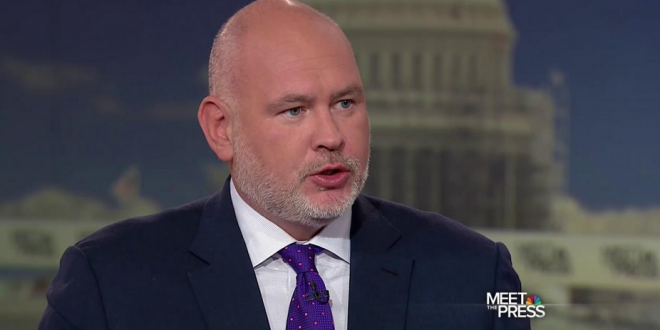 Schmidt: Imbecilic Trump’s Only Affinity For Reading Was The Hitler Speeches He Kept By His Bed [VIDEO]

GOP strategist Steve Schmidt said Tuesday that President Trump’s “only affinity for reading anything were the Adolf Hitler speeches he kept on his nightstand” during an appearance on “Morning Joe.” Schmidt, Sen. John McCain’s (R-Ariz.) campaign manager in 2008, also said Trump’s victory over Hillary Clinton was a fluke.

“So in the 240th year of the independence of the United States, in three states by 78,000 votes, the American people by a fluke elected an imbecilic former reality TV show host and con man whose only affinity for reading anything were the Adolf Hitler speeches he kept on his night stand,” Schmidt told co-hosts Joe Scarborough and Mika Brzezinski.

That would be former GOP strategist.