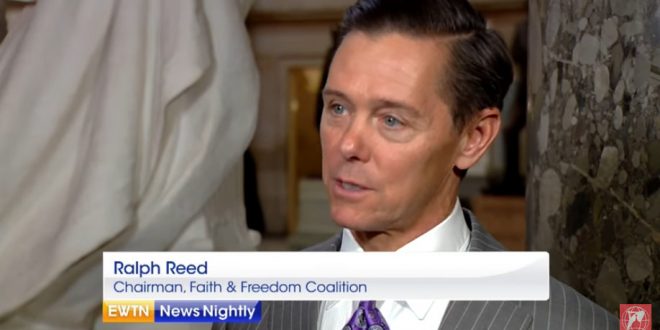 An influential conservative Evangelical group is ramping up its spending on efforts to defend Republican majorities in the November midterms. The Faith and Freedom Coalition, which invested heavily during the 2016 elections, plans to spend nearly $20 million on a voter turnout effort to protect GOP majorities in the fall.

“We are going to make a bigger effort in 2018 than we did in 2016,” said Ralph Reed, the chairman of the Faith and Freedom Coalition.

Reed said he believes that one big driver for Evangelicals will be the specter of impeachment for Trump, comparing the potential blowback to what happened in the 1998 midterms when Republicans fell flat after backlash over the impeachment of former President Bill Clinton.