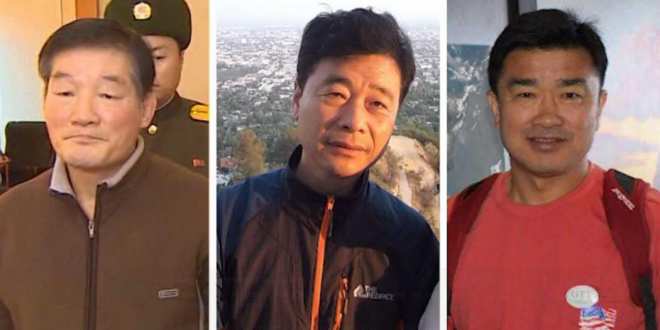 President Trump declared a diplomatic victory on Wednesday by announcing that North Korea had freed three American prisoners, removing a bitter and emotional obstacle ahead of a planned meeting between him and the young leader of the nuclear-armed nation.

The release of the three prisoners, all American citizens of Korean descent, was in some ways the most tangible gesture of sincerity shown by North Korea’s leader, Kim Jong-un, to improve relations with the United States after nearly seven decades of mutual antagonism.

I am pleased to inform you that Secretary of State Mike Pompeo is in the air and on his way back from North Korea with the 3 wonderful gentlemen that everyone is looking so forward to meeting. They seem to be in good health. Also, good meeting with Kim Jong Un. Date & Place set.

Secretary Pompeo and his “guests” will be landing at Andrews Air Force Base at 2:00 A.M. in the morning. I will be there to greet them. Very exciting!