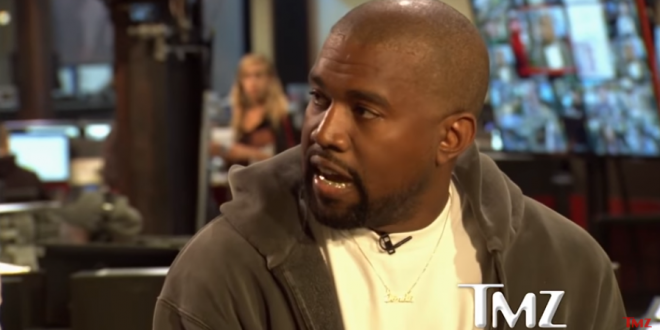 TMZ executive producer and host Charles Latibeaudiere called out Kanye West as “an under-medicated, mentally unstable megalomaniac” after the rapper said slavery was “a choice” in an interview on Tuesday.

“Since so many of you asked,” Latibeaudiere wrote in a series of tweets. “Yes, I was pissed about a lot of Kanye’s comments… especially the s— about slavery being a choice!”

During his appearance on “TMZ Live,” West said slavery “sounds like a choice” made by black people, because it went unchallenged for 400 years. “You was there for 400 years, and it’s all of y’all? It’s like we’re mentally in prison,” he said.

Ever sit so close to an under-medicated, mentally unstable megalomaniac (IMO) that you could smell his breath with every word he spoke… while trying to keep him focused enough to sit for an hour of television?
Everyone who said, “Yes,” knows what my day was like yesterday.

If you said, “No,” thanks for sharing your opinions, anyway. Since so many of you asked… Yes, I was pissed about a lot of Kanye’s comments… especially the shit about slavery being a choice!

You don’t have to be Malcolm X to realize, at that point, you’re NOT dealing with someone in his right mind.
Now, here’s why I restrained myself. The way I learned to interview someone is to let them speak. Don’t talk over them and get in the way of letting them reveal themselves

Previous Roger Stone: Send Money So I Can Sue My Enemies
Next Toronto Pride Parade To Finish With Marchers Dressed In Black To Commemorate Victims Of Gay Serial Killer