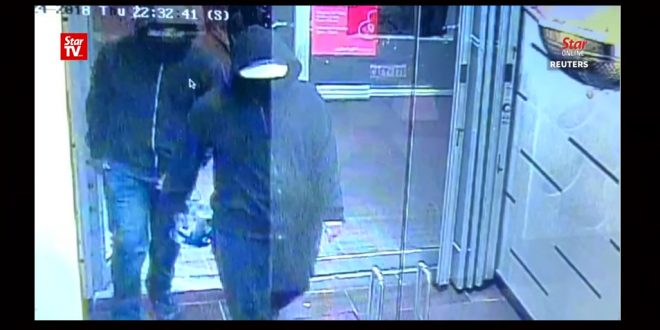 An explosion police say was caused by an improvised explosive device injured 15 people inside a Mississauga restaurant Thursday night. Fire crews and paramedics arrived at Bombay Bhel, an Indian restaurant at 5035 Hurontario St. near Eglinton Ave., around 10:30 p.m. “There were two individuals seen entering and detonating the device and two individuals that were seen fleeing the restaurant,” Const. Iryna Yashnyk told reporters at the scene.

Three people were taken to Sunnybrook Hospital in Toronto with critical injuries, Peel Region paramedic Joe Korstanje told the Star. Around 3 a.m., Peel police confirmed that all three were in stable condition. The other 12 people suffered what Korstanje described as minor or superficial wounds and were transported to local hospitals. Officials say the majority of those 12 have been released.

2 suspects attended the scene, detonated an Improvised Explosive Device within the restaurant. Several injured were taken to local hospital and 3 in critical condition were taken to a Toronto Trauma Centre. pic.twitter.com/yzCT59UVN6