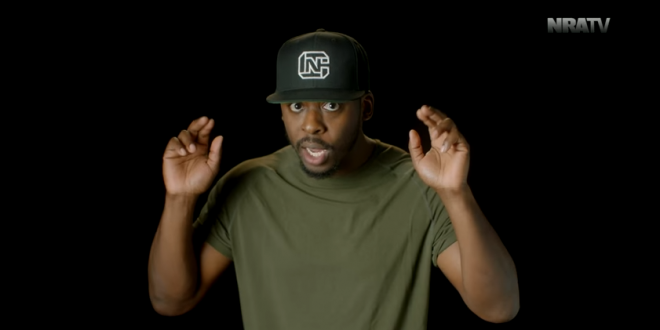 The Santa Fe shooter reportedly told police officers he targeted the students he didn’t like and spared those he did. The mother of one of the victims said her 16-year-old daughter faced “four months of problems from this boy” as he kept “making advances on her.” She said her daughter had stood up to him in class a week before the shooting.

Despite this emerging picture of the Santa Fe gunman’s motive, NRATV released a video in which host Colion Noir blamed media for the increase in school shootings, claiming reporters turn the shooter “into a damn rock star within hours of the damn shooting.”

Noir went on to criticize supposedly liberal phenomena including “safe spaces” and “participation trophies incentivizing mediocrity,” saying that we “tell our young boys that their masculinity is toxic, and our young girls that being a woman means acting like a man, further confusing the hell out of kids.”