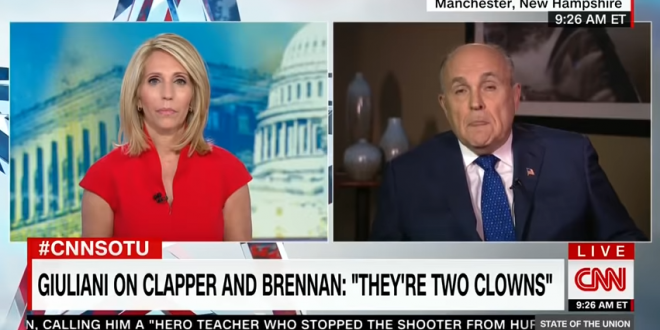 Rudy Giuliani lashed out at former Director of National Intelligence James Clapper and former CIA Director John Brennan when asked Sunday if he thought they were part of a “deep state” conspiracy against President Trump. “I don’t know what you want to call it,” Giuliani told CNN’s “State of the Union.” “I think they are two clowns.”

Trump and his allies have accused the “deep state” of trying to undermine his presidency, especially as it relates to the Russia investigation. “Deep state” refers to a group of unelected government or military officials who secretly try to influence national policy.

“They are not civil servants as far as I know,” Giuliani said of the former Obama administration officials. “Really? All those decades of service?” CNN anchor Dana Bash asked Giuliani.