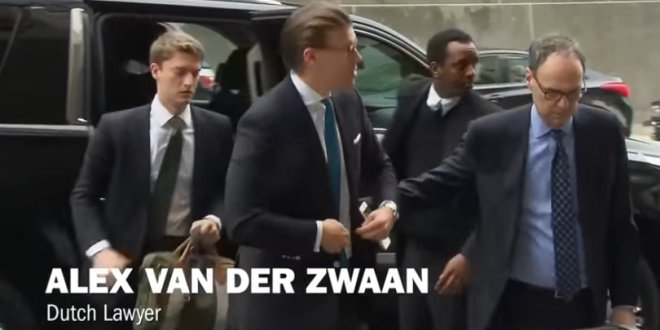 A Dutch attorney now has the dubious distinction of being the first person imprisoned in connection with special counsel Robert Mueller’s investigation of possible collusion between the Trump campaign and Russia. Alex van der Zwaan, 33, reported to a low-security Federal Bureau of Prisons facility near Allenwood, Pennsylvania, on Monday to serve the 30-day sentence he received for lying to investigators in the course of Mueller’s investigation, according to a bureau spokesperson. His projected release date is June 4, according to information on the prison bureau’s website.