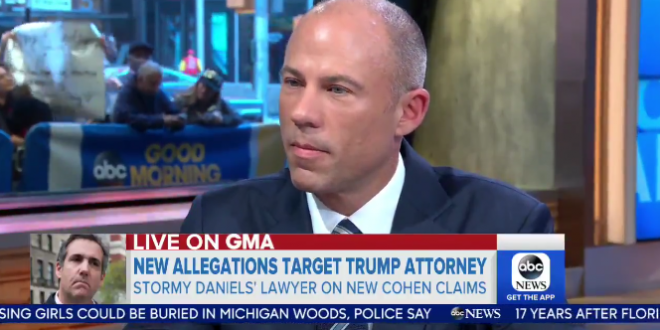 When Avenatti joined ABC’s George Stephanopoulos to talk about the payments [from Russian oligarch Viktor Vekelsberg], he reiterated that “something doesn’t smell right,” and Cohen’s dealings suggest that he might be selling access to Trump. Avenatti said there’s “no question” about the accuracy of his report, but there is something the president or his attorney can do if they want to challenge him.

“Michael Cohen and the president can clear this up this morning very easily,” Avenatti said. “Michael Cohen should release the bank statements from this account, this single account from October of 2016 until April of this year, so he can disclose to the American people what money was received or not received.”

Firm with ties to Russian oligarch allegedly made payments to President Trump’s attorney. Stormy Daniels’ lawyer who made these new claims joins us LIVE: https://t.co/bZ366U6xVN pic.twitter.com/jc9LFFVwb8