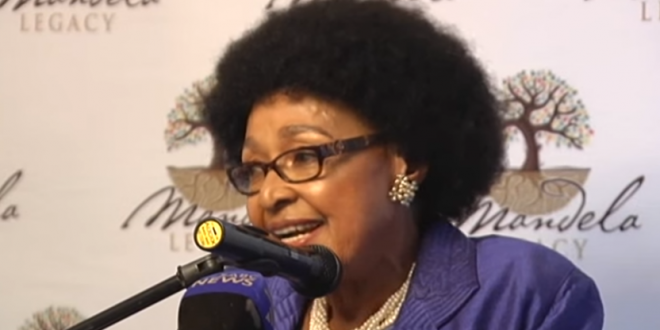 Hailed as mother of the ‘new’ South Africa, Winnie Madikizela-Mandela’s legacy as an anti-apartheid heroine was undone when she was revealed to be a ruthless ideologue prepared to sacrifice laws and lives in pursuit of revolution and redress. Her uncompromising methods and refusal to forgive contrasted sharply with the reconciliation espoused by her husband Nelson Mandela as he worked to forge a stable, pluralistic democracy from the racial division and oppression of apartheid.

As evidence emerged in the dying years of apartheid of the brutality of her Soweto enforcers, the “Mandela United Football Club” (MUFC), her soubriquet switched from ‘Mother of the Nation’ to ‘Mugger’. Blamed for the killing of activist Stompie Seipei, who was found near her Soweto home with his throat cut, she was convicted in 1991 of kidnapping and assaulting the 14-year-old because he was suspected of being an informer. Her six-year jail term was reduced on appeal to a fine.

Her Wikipedia page contains a lengthy accounting of Winnie Mandela’s alleged crimes. She separated from Nelson Mandela in 1992 and their divorce was finalized in 1996. Nelson Mandela died in late 2013 at the age of 95.