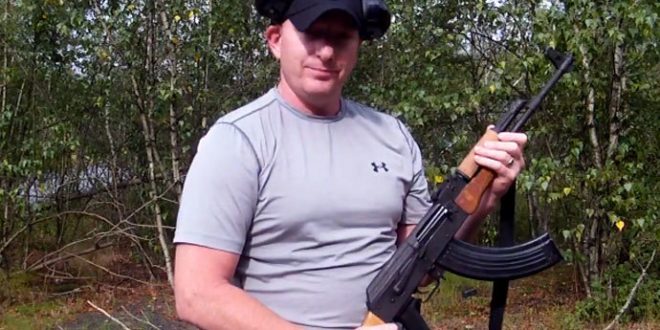 PENNSYLVANIA: “Libtards Take It In The Ass” Former Police Chief Convicted Of Lying On Firearms Application

Surely you remember this nutjob.

A controversial former police chief has been found guilty of lying on a firearms application. A jury in Schuylkill County convicted former Gilberton Police Chief Mark Kessler of lying on an application to buy a firearm. Kessler received national attention in 2013 when he posted a profanity-laced video on YouTube showing him firing off automatic rifles. He was ultimately removed from his job as police chief and Gilberton disbanded its entire force. Kessler now faces up to a year in jail after his attempted firearm purchase.

Kessler had checked “no” on the form where it asked if he’d ever been charged with a crime. The 2013 charge was for making terroristic threats. Among the threats was spraying a poster of Nancy Pelosi with machine gun fire. The clips below are from 2013.