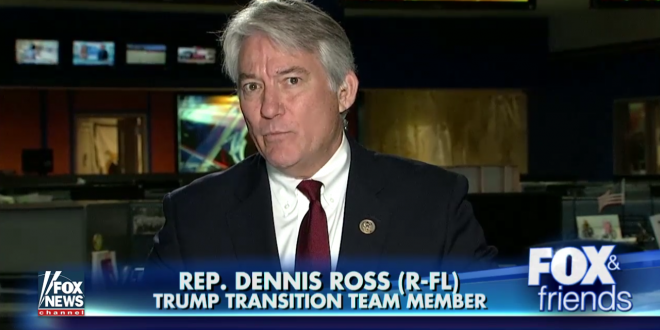 Rep. Dennis Ross, R-Lakeland, told his staff this morning he is retiring. “Eight years takes its time on you. … There’s got to be an exit strategy at some point,” Ross said in an interview, noting he planned on serving 10 years, or five terms.

“My wife and I decided this is a good time.” Ross, a former state House member, said he was informing staff about his decision and looked up at Fox News to see Speaker Paul Ryan had decided to step down and that he was unaware of those plans. “I thought today was going to be a slow news day!”

Ross has an A+ rating from the NRA.