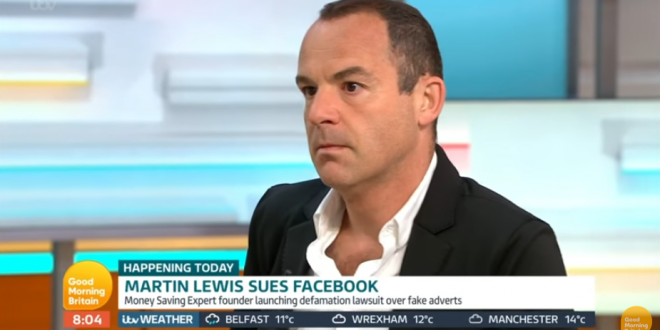 A personal finance expert launched a lawsuit against Facebook in Britain on Monday, claiming the social media company is allowing the publication of scam ads featuring his name.

Martin Lewis, who founded the MoneySavingExpert website, says his name has appeared on more than 50 advertisements in the last year, many of them get-rich-quick scams to con people.

“It’s affecting my reputation, but more importantly it is affecting real people who are handing over money in good faith while the scammers are raking in the cash,” Lewis said.

Attorney Mark Lewis said his client was seeking substantial damages, so “Facebook can’t simply see paying out damages as just the ‘cost of business’ and carry on regardless.”

Previous Sanders On Pompeo: Democrats Have To Decide If They Love America More Than They Hate Trump [VIDEO]
Next Trump Wails About Anti-Pompeo “Obstructionists”