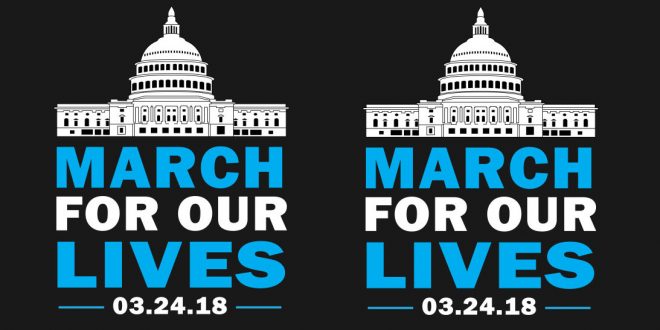 Hundreds of thousands are expected to flood D.C. for the “March for Our Lives” gun control rally later this month coinciding with an influx of visitors to the Cherry Blossom Festival. As as result, Metro is urging potential riders to order SmarTrip cards online this week. Metro plans to run near-rush-hour service from opening at 7 a.m. March 24 through approximately 6 p.m. Trains will be scheduled every 8 minutes on each line, with more frequent service at stations served by multiple lines. Metrobus will run on a Saturday schedule, with detours around any road closures.

Metro projects that the March for Our Lives — organized following the Parkland, Florida, school shooting — plus the usual spike in cherry blossom ridership within the days surrounding peak bloom could lead to one of the highest ridership days in the past year. Metro’s Saturday ridership record was set last year during the Women’s March on Washington, when the agency recorded 1,001,616 rail trips, the second-highest in history. President Barack Obama’s 2009 inauguration holds the record for the highest single-day ridership ever at 1.1 million trips.

Ahead of the student march for gun control in Washington, D.C., planned for this month, Baltimore’s mayor vowed that thousands of her city’s students will be among the protestors. Mayor Catherine E. Pugh said Thursday that she will provide 60 buses to transport students to the “March for Our Lives” rally on March 24, which was organized by survivors of last month’s deadly shooting at a Florida high school.

Her announcement came as hundreds of Baltimore’s students walked out of classes and marched to City Hall to protest gun violence throughout the city and its schools. Once at City Hall, they were met by Pugh, who cheered them on. “We are a nation filled with too many guns,” the mayor added in a video message posted to Twitter later that night. “There is a need to control guns in our country, period, and so we want our young people in Baltimore’s voices to be heard in Washington, D.C.”

Plan on using public transit in DC on March 24th? Be sure to pre-buy your transit cards ASAP to avoid the lines! Get them here: https://t.co/LhpGAxtaey pic.twitter.com/3OG0heDM0g