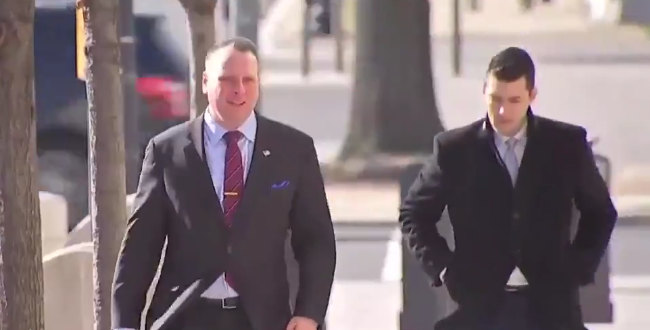 It’s unclear what exactly Nunberg will testify about before the grand jury, but during previous interviews Nunberg said he was questioned about some of President Trump’s campaign and previous business activities. But Nunberg gave a mixed message on Tuesday about the possibility of Russian collusion. “The president very well might not have done anything,” Nunberg said, according to The New York Times. “But he could’ve. That’s why we have an independent counsel.”

Sam Nunberg has arrived at the federal courthouse in DC, he’s just coming through the security line

Sam Nunberg walking into the US District Court this morning pic.twitter.com/Fl7dw12e0d