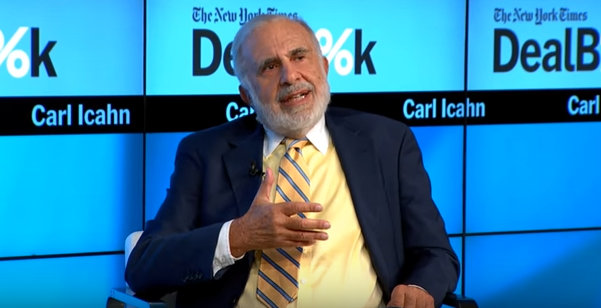 Trump Advisor Carl Icahn Denies Insider Trading: We Had No Prior Knowledge Of Trump’s Tariff On Steel

Carl Icahn responded to his critics about his stock sales in Manitowoc amid the possible implementation of tariffs by President Donald Trump, an action that could raise costs for the maker of cranes.

“We don’t generally comment on rumors, but the recent media speculation regarding our sale of Manitowoc stock calls for a response. We state for the record: Any suggestion that we had prior knowledge of the Trump administration’s announcement of new tariffs on steel imports is categorically untrue. We reduced our position in Manitowoc for legitimate investment reasons having nothing to do with that announcement,” the statement read.

Critics noted that the billionaire investor, a former advisor to President Trump, seemed to have pretty good timing with his sales of Manitowoc ahead of Trump’s tariff plan announcement last week.

He just happened to sell $31 million in steel-related stock right before Trump announced the tariffs. Purely a coincidence.