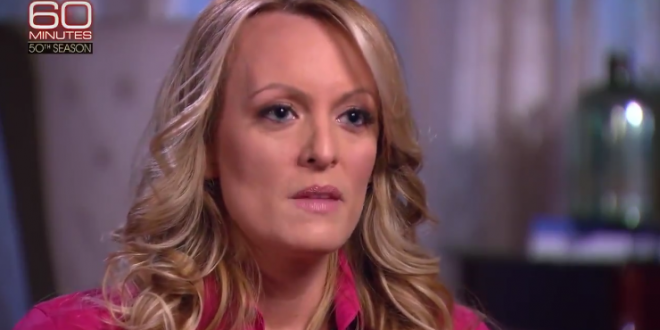 Stormy Daniels ramped up her legal battle against President Trump on Monday, alleging in court that his personal attorney Michael Cohen defamed her by insinuating that she lied about an affair with Trump more than a decade ago. Daniels amended her existing lawsuit against Trump, adding Cohen as a defendant in the pending case. The expansion of the lawsuit in a California federal court comes one day after the adult-film actress’s widely watched interview on “60 Minutes.”

The defamation claim against Cohen is based on his Feb. 13 statement to the media in which he acknowledged that he had used his “own personal funds to facilitate a payment of $130,000” to Daniels. Cohen has denied that Trump had an affair with Daniels. In the Feb. 13 statement, he suggested that the payment was spurred by rumors of an affair. “Just because something isn’t true doesn’t mean that it can’t cause you harm or damage,” Cohen said. “I will always protect Mr. Trump.”

RELATED: Earlier this month a federal court ruled that former Apprentice contestant Summer Zervos could sue Trump for defamation over his claim that she is lying about having been sexually assaulted by him.

Previous Mueller Witness Funneled $2.5M In UAE Money To Trump Fundraiser To Influence US Policy Against Qatar
Next Christian College President Everett Piper Whines About Intolerant Reaction To His Comparing Gays To ISIS