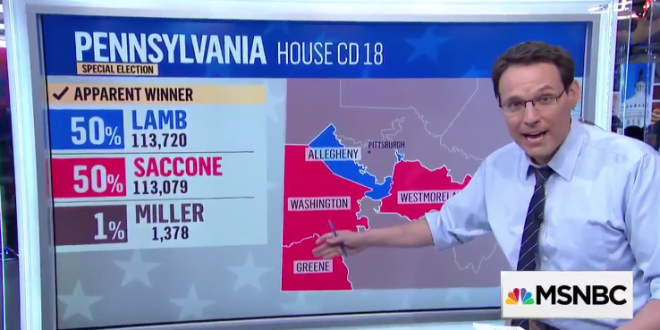 Earlier this week we noted that MSNBC’s Steve Kornacki had stolen the show with his coverage of the Pennsylvania House race. Today MSNBC has posted a tribute to Kornacki which breaks down his coffee, espresso, and macchiato consumption as the show rolled into the wee hours of Wednesday morning. Judging by the network’s well-wishes, it appears that Kornacki has since had surgery on his “hurt paw.”

Wishing the best to @stevekornacki as he recovers from surgery on that hurt paw!

Rebuild him better, stronger, faster. After all, there are more elections coming up. pic.twitter.com/tOGPVzsGSp