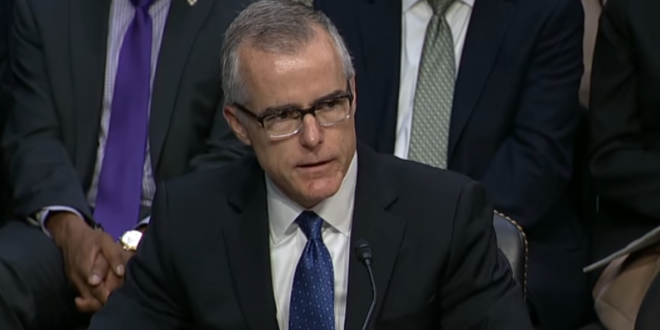 Fox News is rather unhappy:

It’s a tale of two targets. Michael Flynn, the former national security adviser and retired three-star Army general, is on the brink of financial ruin, selling his Virginia home in order to pay his mounting legal bills. Meanwhile, Andrew McCabe – the wealthy ex-FBI official fired by Attorney General Jeff Sessions whose wife is a physician – raised an extraordinary $400,000 online from 10,000 people in one day to pay his lawyers.

Both Flynn and McCabe have been accused of lying. Only Flynn has been charged with a crime. But both are expected to continue racking up enormous legal fees in the months to come. McCabe’s GoFundMe says a legal defense fund is needed because he will likely have to respond to congressional inquiries, as well as the Department of Justice’s Inspector General Investigation and “any potential lawsuits he might consider.”