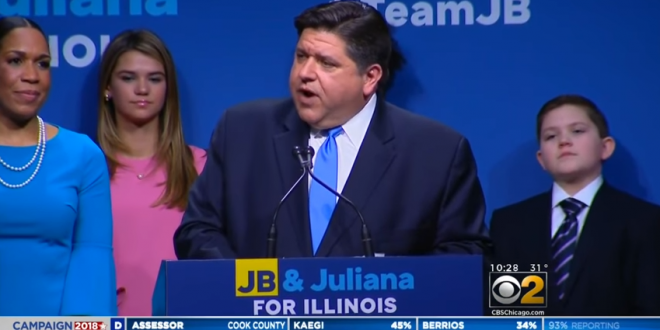 Democratic billionaire J.B. Pritzker will take on wealthy Republican Gov. Bruce Rauner in November, a race expected to easily shatter Illinois campaign spending records and make a run at the national mark. Both candidates enter a nearly eight-month general election campaign needing to unify their respective parties following bruising primary campaigns. More than half of Democratic voters preferred one of the other five candidates to Pritzker, while Rauner narrowly beat back a strong challenge from conservative state Rep. Jeanne Ives.

Rauner and Pritzker also will compete for independent voters, with the suburbs once again expected to be a battleground as they were in 2014. Back then, Rauner narrowly defeated Democrat Pat Quinn. To a large extent, Rauner’s task is the more daunting. It’s difficult for a Republican to win statewide in Democrat-leaning Illinois, and this fall is a midterm election in which Republican President Donald Trump remains deeply unpopular here. In 2014, Rauner spent $65.3 million and defeated Quinn by a scant 4 percentage points.

Ives was the favorite of the Breitbart crowd.

Dems’ve always been confident about their ability to win back IL’s gov mansion, but tonight’s results bolster that mood. Pritzker wins big + incumbent Gov Rauner (R)’s significant trouble on his right is confirmed.