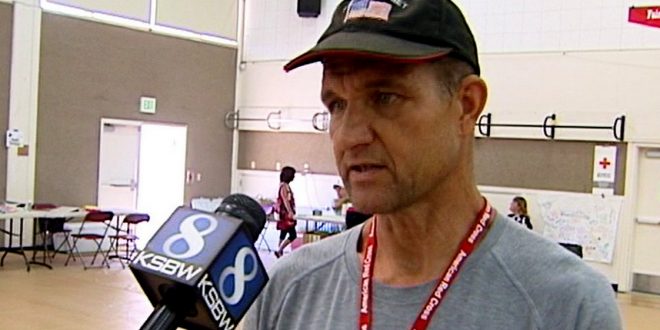 A teacher who also serves as a reserve police officer accidentally fired a gun inside a Seaside High School classroom Tuesday, police said, and three students were injured. Dennis Alexander was teaching a course about gun safety for his Administration of Justice class when his gun went off at 1:20 p.m. Alexander was pointing his gun at the ceiling when it fired. Pieces of the ceiling fell to the ground.

A news release from the Seaside Police Department said no one suffered “serious injuries.” One 17-year-old boy suffered moderate injuries when fragments from the bullet ricocheted off the ceiling and lodged into his neck, the student’s father, Fermin Gonzales, told KSBW. The teacher had just told the class that he wanted to make sure his gun wasn’t loaded, when the gun fired, according to Gonzales.

Previous FBI Disciplinary Office Calls For Firing Former Deputy Director Andrew McCabe Days Before His Retirement
Next ALL IN THE FAMILY: Nazi Busted For Assaulting His Wife And Father-In-Law Over Affair With His Mother-In-Law