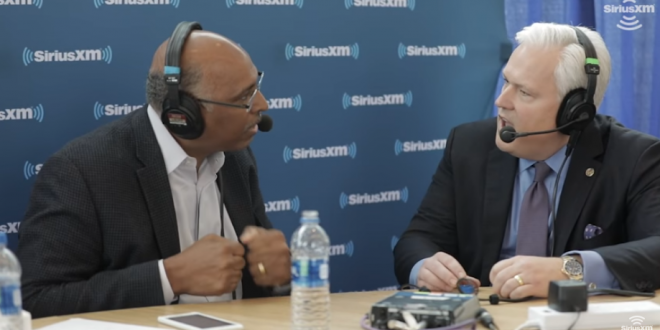 As I reported earlier today, last night CPAC communications director Ian Walters drew gasps from the audience when he declared that Michael Steele had only been elected RNC chairman because he is black. This afternoon Steele got into it with CPAC head Matt Schlapp, who told Steele he need to “have some grace” over the insult. As you’ll see in the clip below, Steele wasn’t having it.

An incensed Steele told Schlapp that it continues to dismay him to see people in the GOP saying things like this. Schlapp acknowledged it was not a great moment, but he argued out to Steele that he’s taken his share of potshots at Republicans and that maybe there were other issues people had with his chairman ship.

When Schlapp made it clear Walters used “unfortunate words,” Steele lit up again and said, “It was stupid, not unfortunate! Call it what it is! It is stupid to sit there and say we elected a black man a chairman of the party and that was a mistake. Do you know how that sounds to the black community?”