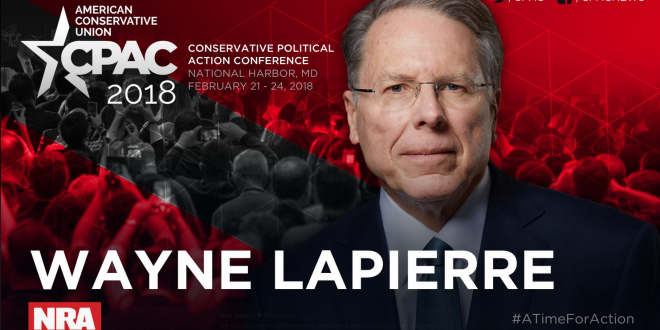 Organizers for the Conservative Political Action Conference withheld the name of a top National Rifle Association executive from the schedule of speakers they released on Monday, just days after a young shooter killed 17 children and adults in a Parkland, Fla., high school.

But sources familiar with the situation said Wayne LaPierre, the NRA’s executive vice president and CEO, will still deliver his speech at CPAC this week as planned.

The details of LaPierre’s appearance were kept off the published schedule as a precaution, sources told the Washington Examiner, amid outrage among anti-gun protesters in the aftermath of the shooting at Marjory Stoneman Douglas High School. Sources said they do not yet know how or whether they plan to announce the timing of LaPierre’s speech in advance.

LaPierre has spoken from the main CPAC stage for more than a decade. The NRA is a “presenting sponsor” of this year’s convention, which begins tomorrow. Trump will speak there on Friday.