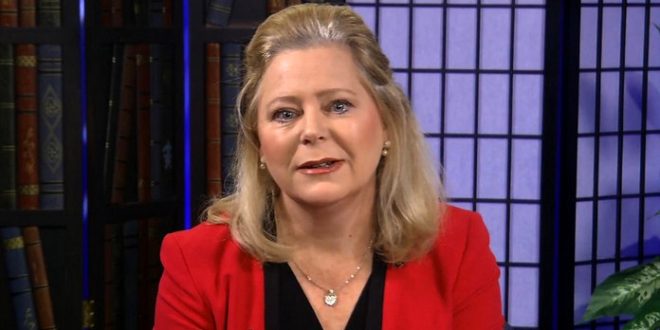 Roy Moore Spox Goes Off The Rails On CNN

Even though Roy Moore has been defeated and the Alabama senate election is over, that didn’t stop campaign spokeswoman Janet Porter from joining CNN today for a wild interview about his attempts to challenge the election results.

Porter spoke to Dana Bash, and she defended her boss by insisting her team has evidence and experts lined up to prove major voter fraud swung the election. “In other words,” Porter said, “this election was fraudulent, and what we need to do is ask the secretary of state to do his job and to investigate this.”

“It’s not about who is elected. It’s about making sure the people of Alabama have the right to make that decision,” Porter said, noting that the evidence said there was a “1 in 15 billion chance” that the election did not contain fraud. “If I was secretary of state, I would like to get to the bottom of it no matter who it is I supported.”

Bash then challenged Porter for citing conspiracy theorists in the campaign’s 84-page lawsuit. One of the citations came from James Condit, who claimed Israel was involved in the September 11, 2001 terrorist attacks and that “Zionists” control major governments.

Another citation came from Richard Charnin, who wrote a book on the assassination of President John F. Kennedy, claiming it was the work of a conspiracy. Charnin has also alleged other conspiracies in the realm of voter fraud.

“The reason I bring this up is because this does not sound like somebody who has credible enough information and credible enough ability to be an expert to say Roy Moore should be elected to the Senate,” Bash said.

Porter dismissed the conspiracy theories as “irrelevant to the case” and their credibility. Porter also repeated the phone number for Merrill’s office multiple times during the interview.

Previous OREGON: Appeals Court Upholds $135,000 Fine For Anti-Gay Bakery That Turned Away Couple In 2013
Next Trump To Undergo First Physical Of Presidency