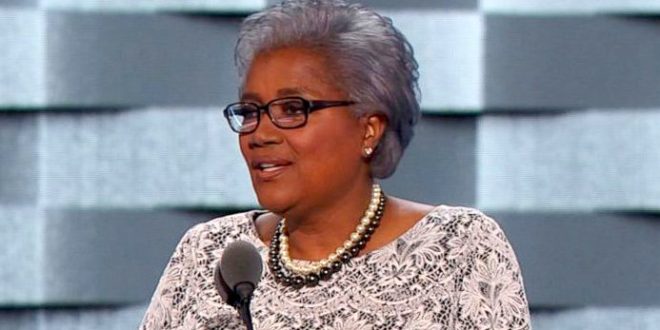 In an excerpt from her new book published by Politico, Brazile said she promised Clinton’s opponent, Bernie Sanders, that she would get to the bottom of whether Clinton had “rigged the nomination process.” She wrote, “By September 7, the day I called Bernie, I had found my proof and it broke my heart.”

Brazile describes a fundraising agreement between the Hillary Victory Fund, Hillary for America, and the DNC that stipulated that Hillary would control the “party’s finances, strategy, and all the money raised” in exchange for Clinton raising money and investing in the DNC. It was signed long before Clinton became the nominee.

The irony here, of course, is that Brazile herself earned widespread criticism and lost her CNN gig when Wikileaks posted a stolen email which revealed that she had leaked a primary debate question to Hillary. Her Politico column is here.

Previous DOJ May Charge Russian Officials For DNC Hacking
Next UK Dictionary: 2017 Word Of The Year Is “Fake News”