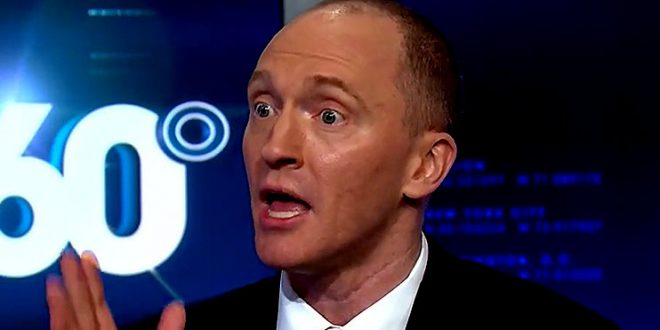 Travels by Trump campaign adviser Carter Page to meet with senior officials in Hungary during the 2016 presidential election are being closely examined by congressional investigators, given the increasingly close ties between Hungary and Russia and the role of the country as a hub for Russian intelligence activity. The Hungarian prime minister was the first foreign leader to endorse Donald Trump’s candidacy.

Though characterized as a low-level volunteer, Page held high-level foreign policy meetings with Hungarian officials before the 2016 presidential election, ABC News has learned. The meetings included a 45-minute session in September 2016 with Jeno Megyesy, who is a close adviser to the Hungarian prime minister and focuses on relations with the United States, at his office in Budapest, where Page presented himself as a member of then-candidate Donald Trump’s foreign policy team.

Page’s visit to Budapest drew notice from members of the House Intelligence Committee investigating Russian interference in the 2016 election. Hungary’s prime minister, who was the first world leader to endorse then-candidate Trump, has become increasingly aligned with Russian President Vladamir Putin, and Budapest is considered by experts to be a central hub for Russian intelligence activity.