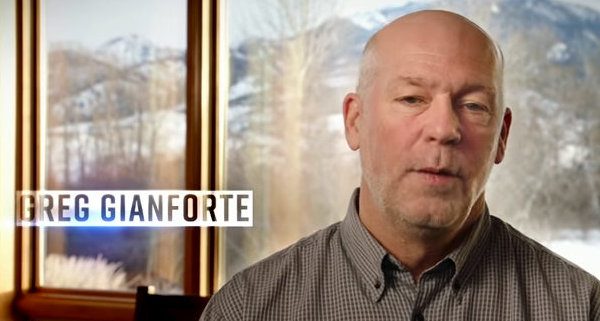 MONTANA: Republican Leader Says She “Would Have Shot” Reporter Body-Slammed By Greg Gianforte

A Montana Republican party official “would have shot” Guardian reporter Ben Jacobs if he had approached her as he did Greg Gianforte, who assaulted Jacobs one day before he was elected to Congress.

Jacobs approached Gianforte in May, in a room where he was about to give a television interview. The Republican slammed Jacobs to the floor, breaking his glasses, and then punched him several times.

“If that kid had done to me what he did to Greg, I would have shot him,” Karen Marshall, vice-president of programs for Gallatin County Republican Women told the Voice of Montana radio program on Thursday.

“That kid came on private property, came into a private building, and went into a very private room that I would not even have gone into,” Marshall said. “It was a setup. A complete setup. He just pushed a little too hard.”

Marshall hung up on a reporter Friday morning, saying “I don’t really speak to reporters” before the line went dead. Gianforte, through a spokesman Friday, strongly denounced Marshall’s remarks.

“Greg disagrees with those remarks, repudiates them and remains focused on being a strong voice for Montana in Washington,” spokesman Travis Hall said. The event was a picnic, to which several members of statewide media were invited. At the time of the assault, Gianforte was preparing to do an interview with Fox television reporters.