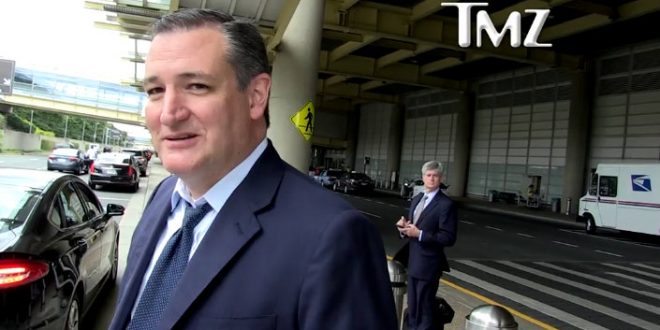 Cruz says he really hopes President Trump releases ALL of the secret JFK assassination files — so everyone can see once and for all if his father was REALLY involved in the plot.

President Trump himself has previously suggested Ted’s dad Rafael had some sort of role in the killing — saying, “His father was with Lee Harvey Oswald prior to Oswald being, you know, shot.”

It appeared Trump was referencing a National Enquirer article that featured a photo of Oswald handing out pro-Castro pamphlets with another man it claimed to be Rafael Cruz.

Previous MONTANA: Republican Leader Says She “Would Have Shot” Reporter Body-Slammed By Greg Gianforte
Next Anti-Gay Australian MP: People Are Lying To Pollsters About Their Marriage Vote Due To Political Correctness